From California to Germany, PREM Alumnus Builds a Career in Quantum Materials 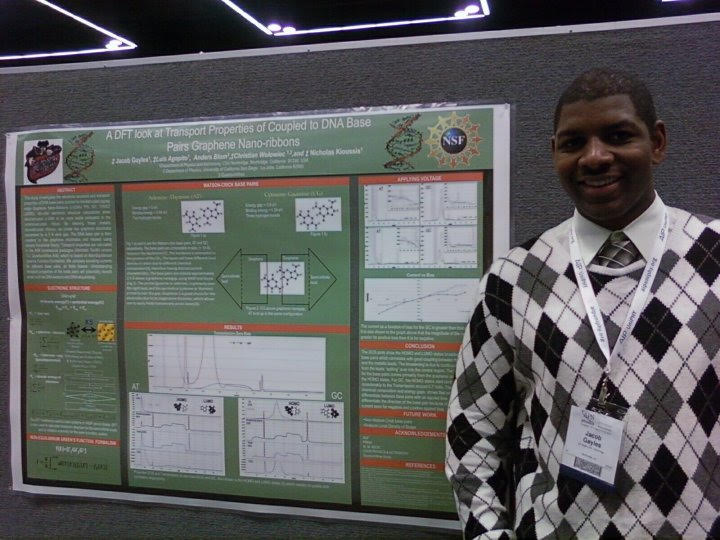 Jacob Gayles always thought he’d be an architect until he took a physics class in his final year of high school. It was interesting enough that when the time came to go to college, he applied to a handful of architecture programs and one physics program at California State University Northridge (CSUN). He chose to go to the latter and so began a career in science.

Today, Gayles is a postdoctoral researcher at the Max-Planck Institute (MPI) in Germany where he is working on quantum materials and spintronics under the direction of Claudia Felser, a physics and chemistry professor at the Institute. As part of his research, Gayles is exploring the topological properties of quantum materials that contribute to the development of modern technology. At MPI, he collaborates with fellow theorists as well as experimentalists on addressing and solving experimental problems.

“Spintronics is the study of electrons and their spin and how they evolve in different magnetic materials,” says Gayles at a recent talk on the field.

Gayles credits a large part of his career to Jairo Sinova, a condensed matter theoretician and founder of the Spin Phenomena Interdisciplinary Center (SPICE) in Mainz, Germany. The two met at CSUN in 2009. By then, Gayles was part of the PREM program there and had also done a summer internship at Princeton University as part of the NSF’s Research Experience for Undergraduates or REU program. Sinova, then a physics professor at Texas A&M University, was visiting CSUN on an NSF on-site visit and liked Gayles’ presentation on ferroelectric magnetic tunnel junctions.

“He said I should join him if I’m interested in a PhD,” says Gayles. After he graduated, Gayles took Sinova up on his offer and visited Texas A&M. “I liked his group a lot and joined as a PhD student.”

The PREM program at CSUN was relatively small. As a result, Gayles was directly involved in research early on in his bachelor’s degree. “You felt the intensity of research and the need for publications as a bachelor’s student, which many people don’t get.” The PREM community was tight-knit, too, and students were often invited to join speakers for dinners and other networking events. 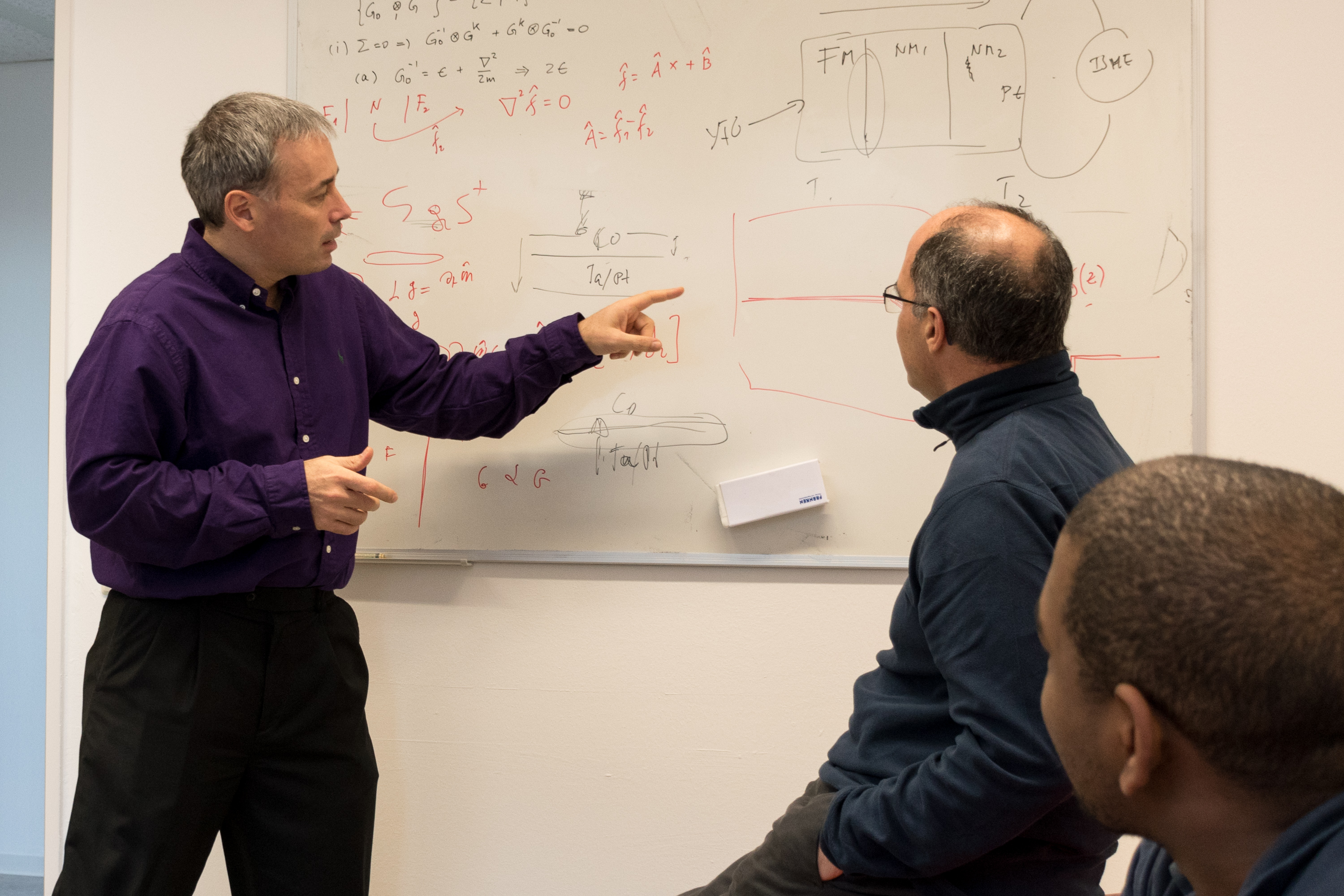 At Texas A&M, Sinova would regularly meet with his students to discuss their research as well as help plan future courses based on their interests. In the summers, a handful of students including Gayles would accompany Sinova to the Czech Republic and Germany as a way to collaborate with experimental and theoretical groups. “That’s where my connections in Germany began,” says Gayles.

In 2014, Sinova transferred to Mainz and invited Gayles to finish up his PhD there. “He brings a lot of energy to a team,” says Sinova. “The world needs more Jacobs and the world of physics in particular needs more Jacobs.”

Gayles is currently in the third year of his postdoc at MPI and is exploring opportunities as an assistant professor or group leader. His connections to Germany now extend beyond the professional world; Gayles met his partner as she was working on a degree in education, and they have a three-year-old son.

Looking back on his career, Gayles sees the value of stepping outside of one’s comfort zone, whether that involves moving to another country or attending conferences and meetings with senior researchers and scientists. Gayles was also one of only a few African-Americans at Texas A&M’s physics program and, in 2011, received the Louis Stokes Alliances for Minority Participation or LSAMP fellowship, designed to expand minority groups within the STEM workforce.

Aside from finding a good mentor, Gayles stresses the need for aspiring physicists to regularly attend conferences, which serve as the perfect avenue to soak in ideas. He also doesn’t adhere to the ‘fake-it-till-you-make-it’ philosophy. “If you’re honest with yourself and people around you, they will help you build yourself,” he says. “The PREM program is a nice program because usually everyone is there to help you.”